Perspective On Cold So Far In 2013

Compared to last winter, this winter has been very cold and very snowy. Compared to average, however, this winter overall was warmer but snowier than average. The lingering cold is getting warm weather lovers antsy for spring and summer. 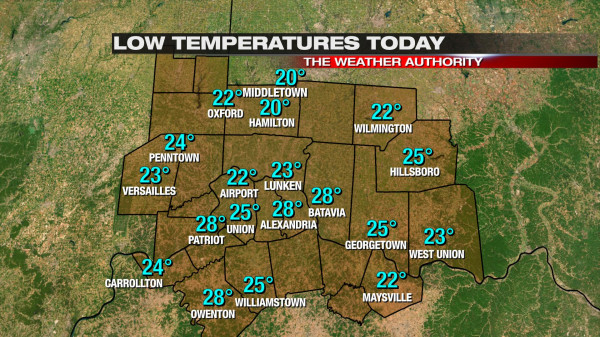 It is unusual to be this cold in April. 62% of all days so far in 2013 have featured a high temperature below average in Cincinnati. We’ve had over 2′ of snowfall since last summer in the Queen City. With all of this being considered, it could and has been a lot worse. 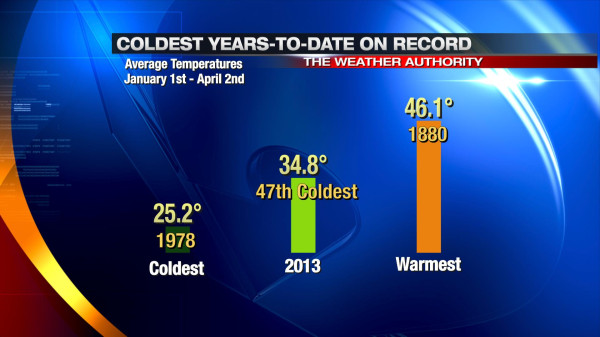 Part of this year being the 47th coldest year-to-date can be blamed on a colder than average March. In fact, March 2013 was the 13th coldest March on record in Cincinnati (average temperatures in the graph are rounded to the nearest tenth):

14 of 31 days in March 2013 had a high temperature 10° or more below average. Brief spikes in warmth did little to curve the average up.

While below average temperatures have been common since the year began, there have been relatively few brutally cold nights. We’ve only dropped to 7° twice this year in Cincinnati. Our coldest night of the fall, winter, or spring – including i the last several years – is often near or below 0°:

There’s no doubt this year has been colder than average so far. We got spoiled last year with the second warmest March on record, a very mild winter, and very little snow. Spring is a season of transition, and this year’s transition from cold to warm will be gradual and come in spurts. Warmer air is coming later this week, and before we all know it, we’ll be complaining about the heat and humidity.