Morning showers and storms have stabilized the low-levels of the atmosphere and have prevented temperatures from rising significantly. As of 11am, most in the Tri-State are in the 70s: 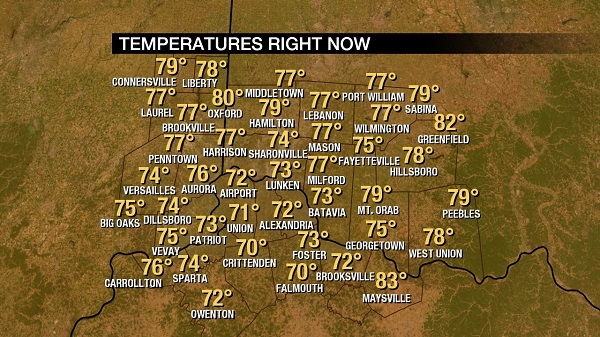 Sunshine is, however, returning to the Tri-State per the 10:45am visible satellite image: 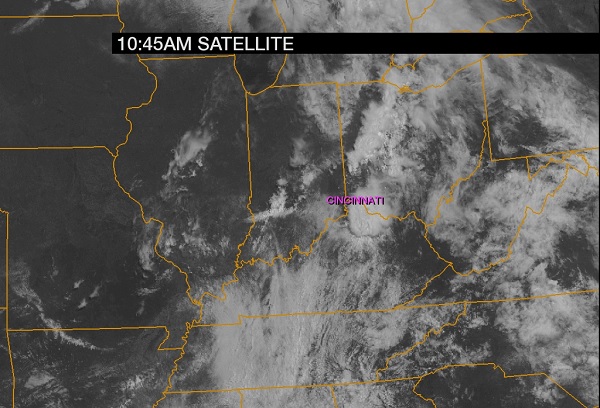 Note a boundary (in the form of clouds) from southern Indiana back close to Dayton. The Ohio Valley radar image as of 11:15am shows showers and storms moving east and southeast of Cincinnati: 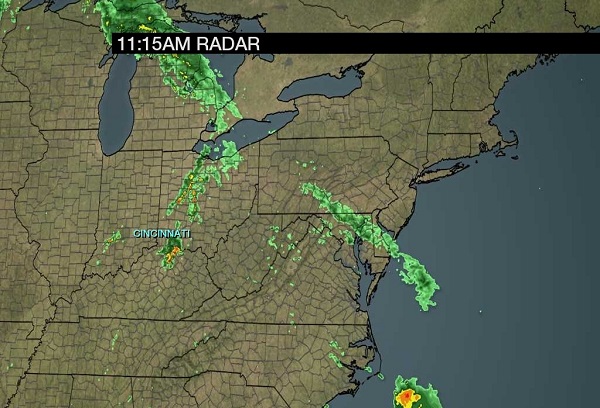 While the boundary now from southern Indiana into west-central Ohio is moving southeast and will trigger isolated to scattered storms early this afternoon, the main axis of instability is in northwestern Indiana and is dropping southeast. This secondary front will be the one that triggers storms later this afternoon and early this evening.

The Storm Prediction Center has the entire Tri-State in a slight risk for severe storms through this evening: 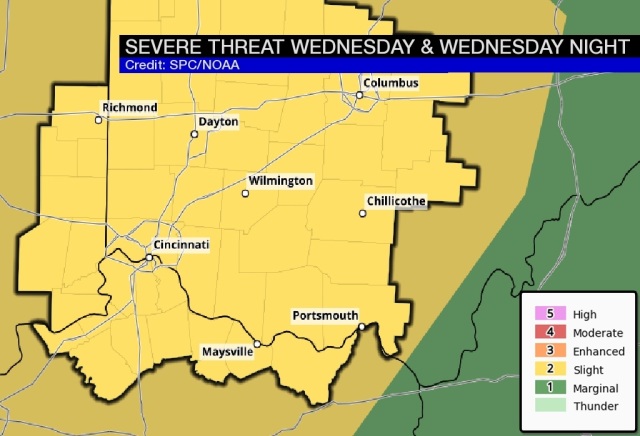 This is mainly for the potential of damaging straight-line wind. Secondary threats include large hail and localized flooding, especially with dewpoints in the upper 60s and lower 70s as of 11am. Here’s a breakdown of severe weather threats through this evening: 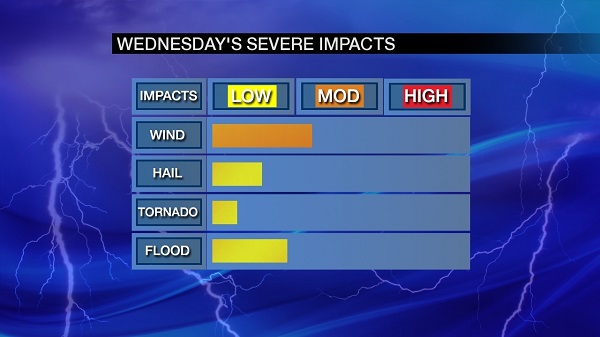 The most likely time for severe weather today centers between 3pm and 9pm, especially between 5pm and 8pm.

Clusters of rain and storms will develop to our northwest later today, gradually coalescing into a line as it moves southeast. The afternoon forecast calls for showers and storms to redevelop this afternoon. Highs today will be in the mid to upper 80s, and it will be steamy: 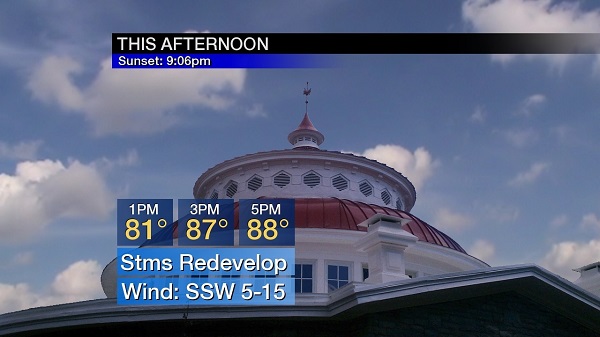 Showers and storms will diminish and end this evening. Strong and severe storms will be favored early: 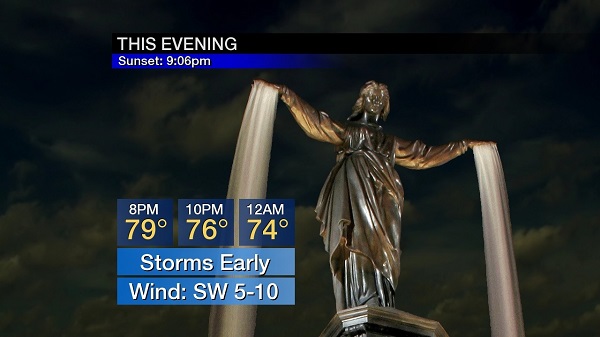