Posted on August 2, 2017 by scottdimmich

Bad news. The radar operated by the National Weather Service in Wilmington – used as a primary weather radar for the protection of life and property in northern Kentucky, southeastern Indiana, and the majority of Ohio – is going to be down for 2 weeks:

This is a significant change in the time of completion compared to what was expected Monday: 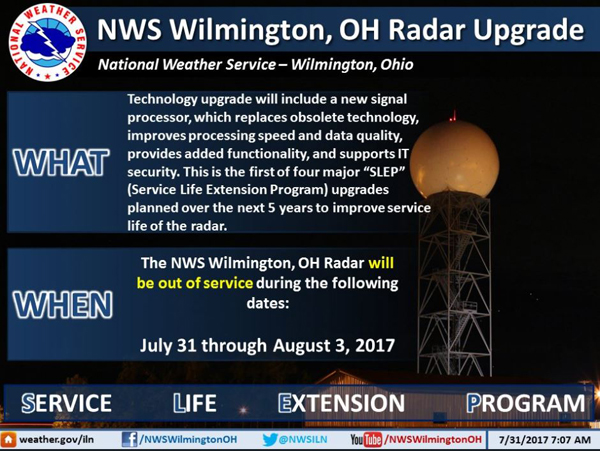 In simple terms, the radar was supposed to be down through Thursday but now will be down for maintenance through August 16th.

The bull gear, the gear that drives the radar antenna, has failed. Thousands of pounds of equipment and a team of radar meteorologists will be imported to fix the radar and get it operational again.

This is a big problem. This was a scheduled upgrade meant to extend the life of the radar. Instead, the technicians have uncovered a major problem with it.

Why is this outage such a big problem? Because we still get thunderstorms in August! It is worth noting, however, that the severity of storms typically drops during the summer. The average number of Severe Thunderstorm Warnings issued in the Tri-State drops from 25 to 21 to 12 from June to July to August, respectively. The trend in the average Flash Flood and Tornado Warnings from June to July to August, respectively, goes from 7 to 5 to 4 and from 2 to 1 to 0. You may say that with the Severe Thunderstorm and Tornado Warning risk dropping that there’s no concern, but flash flooding and flooding has been a more deadly and damaging concern recently.

Here’s the NWS Doppler radar network when all of the radars are working:

And here the network when the Wilmington radar is down: 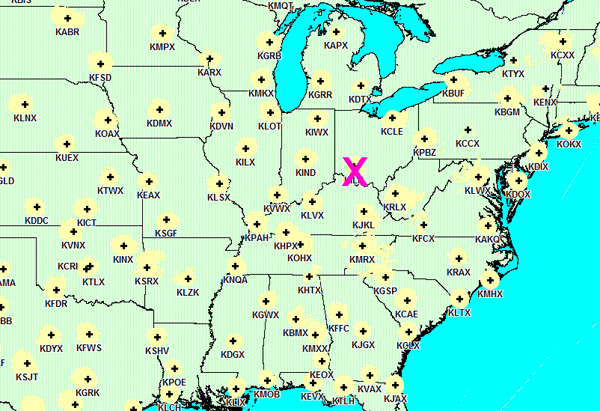 That’s a large lack of radar coverage over the Tri-State! So are meteorologists blind? Not entirely, but kind of.

There are still Terminal Doppler Weather Radars near Dayton, Columbus, and Cincinnati. The one covering Cincinnati is in southern Kenton County: 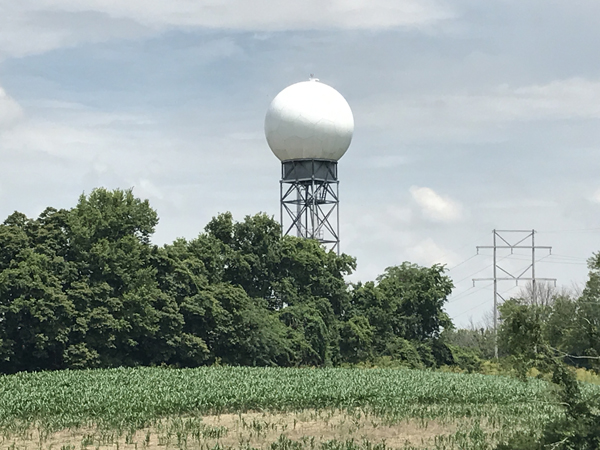 So no problem, right? The TDWRs are higher resolution than the NWS radars, so we’re good to go, right? Not so fast.

So the spring outage problem continues into August. One has to hope we avoid severe storms in the next two weeks and those who represent us can invest in brand new technology and stop putting Band-Aids on dated technology.

This entry was posted in Uncategorized. Bookmark the permalink.