Posted on September 17, 2013 by scottdimmich

Here’s how 2013’s warning count so far compares to yearly averages and records: 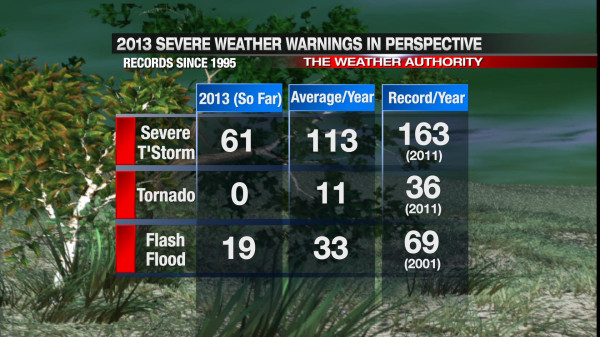 Severe storms, however, don’t just occur in the spring and summer; storms can – and often do – develop each fall and even winter. In fact, some of the strongest and deadliest storms in the Ohio Valley have occurred October and November.

In just the Tri-State alone, the average number of Severe Thunderstorm Warnings issued increases slightly from September to October and again from October to November:

May, June, and July are the most common months for seeing severe storms in the Tri-State.

While the likelihood for Severe Thunderstorm and Tornado Warnings goes up some late in the year, few Flash Flood Warnings are issued after October 1st in the Tri-State: 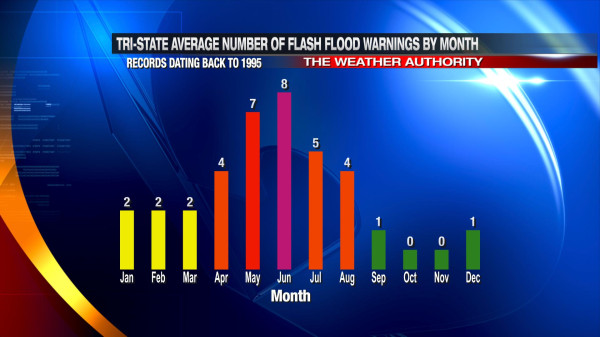 In fact, only 5 Flash Flood Warnings have been issued in the Tri-State since 1995 during October, November, and December.

The threat for tornadoes seems to trump all other severe weather threats and tends to be the one that gets people most concerned. Statistically, April, May, and June are our biggest months for tornadoes. April’s number is partially inflated by the 12 confirmed tornadoes of April 3, 1974. While the monthly tornado count drops from August to September, it increases again through the fall: 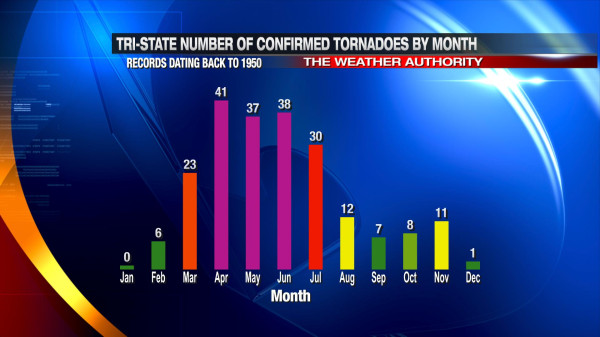 Why does the chance for severe storms and tornadoes gradually increase in the fall? The main reason is that the polar jet stream is pushing south and is almost always stronger in the fall than it is over Canada during the summer. Certain parts of the jet stream are focal points for rapidly rising air, and these focal points are usually where severe weather occurs in the fall (if other key conditions are present).

Don’t let the cooling trend fool you; autumn can be a nasty time of year, especially when warm, moist air surges north and the polar jet stream surges south.