Where Will The Upper-Level Low Go?

A prime example of how upper-level differences affect the forecast comes later this week and early next week. Meteorologists often look about 18,000 feet above the ground for disturbances and areas of low pressure; later this week, we find little consensus on where a developing area of low pressure will go in the week ahead.

Last night’s GFS model run, however, says that same area of low pressure will be over the Mississippi Valley Sunday afternoon: 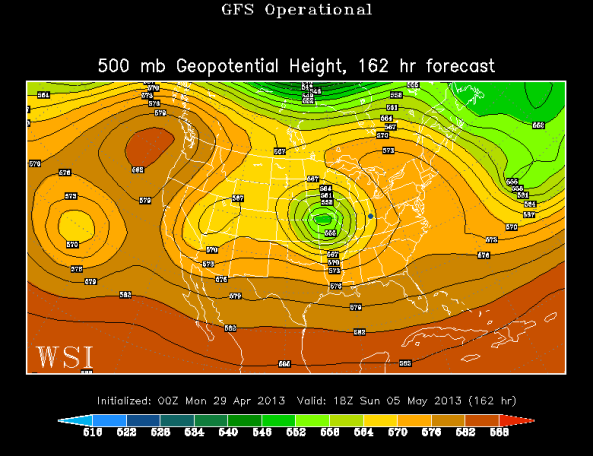 Upper-level low uncertainties continue into early next week. This morning’s GFS model suggests this upper-level low will be to our east by next Tuesday evening: 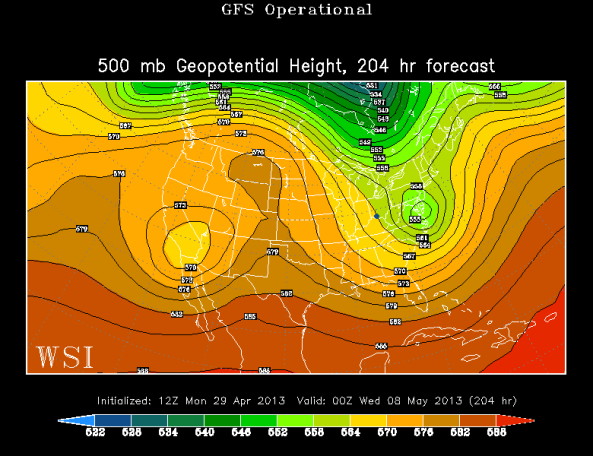 Last night’s GFS model also has this model to our east by next Tuesday evening, but it is much weaker (which could affect rain chances):

Which run of the GFS should a meteorologist believe? Maybe this morning’s ECMWF model will help us decide; it puts the area of low pressure over Iowa Sunday afternoon: 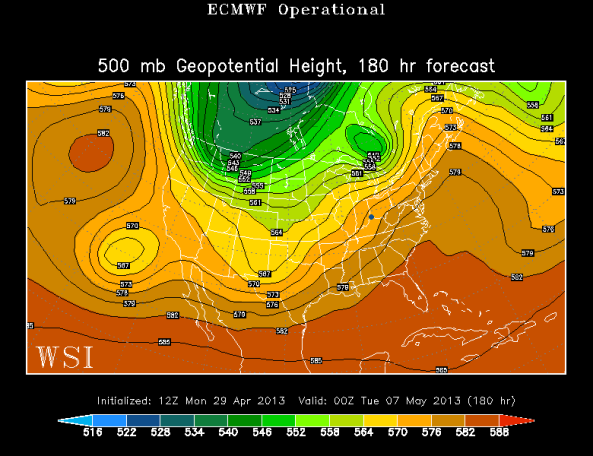 Clearly, there are some large discrepancies regarding where this upper-level wave is headed. For now, we are forecasting little to no rain in the Ohio Valley Tuesday, Wednesday, and Thursday and an increasing chance for rain late Friday through the weekend. At this point, it looks like the best chance for rain and thunderstorms will be Monday, but that is highly uncertain given the forecast path (or lack thereof) of low pressure 18,000 feet above the ground.

Stay tuned for a changing forecast in the week ahead!